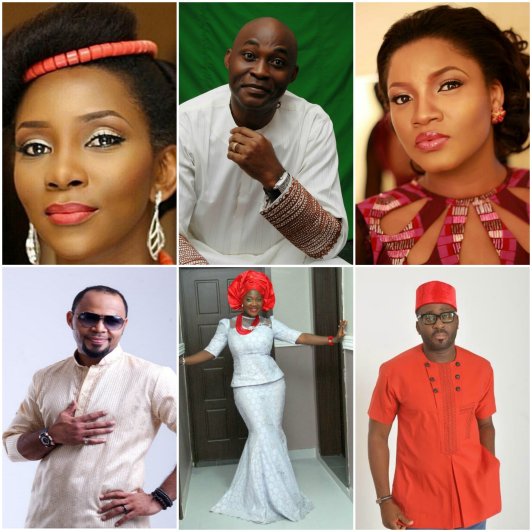 The first time my British sister-in-law visited my Nigerian home three years ago, she was disappointed that our curtains were not the usual dull brown she had seen in Nigerian movies. According to her, in most Nigerian movies she had watched, the curtains were usually a dull brown, mismatched with the interior décor. Despite her disappointment, she quickly caught on to the fact that things were quite different in reality from what she had seen in the media. There were no sickly, naked children with swollen stomachs littering the streets, trailing after her to touch the hem of her garment with flies buzzing about their heads. Giraffes, well…giraffes were found in picture books; even I had never seen a giraffe before. Mud houses were nowhere to be seen. Perhaps, if she had been patient enough, both of us could have visited the village to scour for one or two.

Not that these features do not exist in Western Africa, but they rarely are the focal points of attraction as one would be led to believe if one doggedly swallowed whole everything showcased in the media about Africa, which, of course, leads me to the flip side of the coin.

As in most American movies, the heroes are seen to be larger than life. In fact, we will more readily suspend belief watching an American movie where the hero, a full grown adult, shrinks to the size of an ant to go through keyholes, than we will when in a Nigerian home video, a ghost flies through the air in a white satin gown before descending on its prey – usually, the antagonist. They both are incredulous sights, but one is more believable than the other. Why is that so?

I was opportune to be in a small social gathering of movie enthusiasts the other day and our topic veered to this problem. While Hollywood movies are quite purposefully marked by the ‘heroic’ belief that certain monuments are impenetrable (White House down, Olympus has fallen) and of course there is their superiority in pushing for the rights to freedom of choices which they subtly introduce through movie themes; Bollywood movies are marked by their love for the theatrics usually characterised by singing, dancing, comedy and romance – especially the ‘romantic’; it is difficult to place what exactly makes us unique especially since the only thing which seems to be more prominent among mainstream Nollywood movies  – the visit to the Native doctors – is amusing and unbelievable in present times when cinema audience are more ‘enlightened’ and frown at such too-convenient way of conflict resolution.

There is no denying that Nigeria has a lot to offer global media. Our exotic dishes, cultural diversity, unique humour and wit are testimonies to how much potential we have if we could simply collapse all these in one single identifying symbol that could enhance the exportability of Nollywood. Like the insert of a flying American flag in every movie is Hollywood’s symbol of the values they hold dear, do you think Nollywood (or Nigeria) would one day single out what values to uphold and introduce that which make us unique through a symbol or several symbols?

If you were asked to hop on the assignment, what would you suggest our symbol should be?

Ifesinachi Okoli-Okpagu is a writer and marketing consultant, assisting SMEs grow their businesses profitably. She is also the Coordinator of FabulousCity, a brand to motivate women to be the best they can be. You can follow her on Twitter: @ifesinachio_o or send her a mail on ifesinachi.okpagu@yahoo.co.uk. Visit her website: meetifesinachi.com and leave a comment.

One thought on “Can Nollywood Create and Export the Nigerian Identity Through a Symbol?”