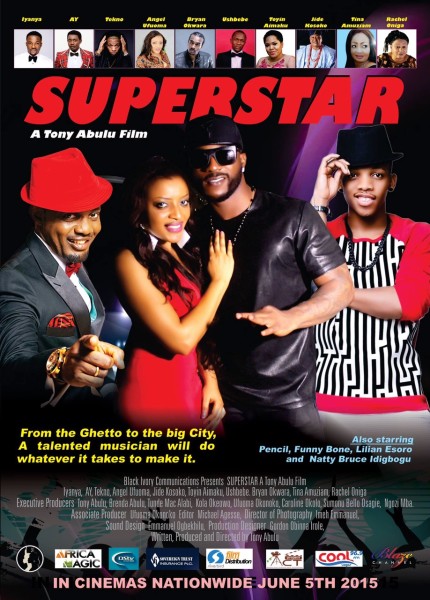 Modele (Tekno) abandons school as a final year undergraduate to pursue a career in the music industry.  Together with Ovie (Ushbebe), his manager, they try everything humanly possible, but meet brick walls all the way.

Tony Abulu, the director of Dr. Bello, puts together this depressing comedy on goings-on in the music industry produced with funds from the Project ACT Nollywood grant and a loan from NEXIM Bank.  This information is seen from the people and institutions the filmmakers acknowledge at the end of the film.  Granted that Film-making is business at the end of the day, does it mean that artistry has to be the casualty as seen in Superstar?

Understandably, NEXIM Bank is primarily interested in how to recoup their money by insisting on the provision of collateral, but shouldn’t the ACT grant have been given to people with projects that will give more credibility to the Film-making business in Nollywood?

Honestly, Superstar takes Nollywood back by 20 years or more.  The screenplay is poorly written and marred by uninspiring dialogue, undeveloped characters and an illogical plot.  Tekno exhibits poor acting skills; his facial expression & gestures remain the same throughout the film.

The question to ask the technical team and the actors is: Did they enjoy the process of making this motion picture?  If they did, then they have a lot of unlearning and relearning to do.  If they did not, how then did they think anyone else will enjoy almost 140 minutes of agony in the name of comedy?

It is such a waste, featuring Iyanya and Bryan Okwara in this film because you forget the roles they play after watching the movie or even as the film is going on when their characters fail to do anything remarkable. 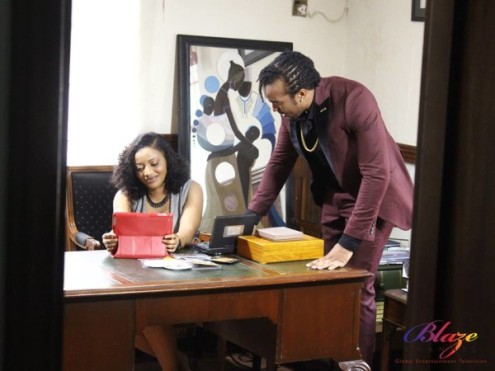 The sequences involving Chief Aderotoye/Alaye (Jide Kosoko) and Toyin Aimankhu (Mama Dele) over Dele’s kidnap is implausible and pedestrian.  Where, in all of that, are the law enforcement agents?  If you are sure someone hid your son in his home, will you just go and make noise in his compound instead of getting the police to effect the boy’s release and take the culprit to court for such a crime?

One feels that superstar is inspired by the success of 30 Days in Atlanta, which depended on slapstick comedy to tell its story.  However, Superstar is far from being funny.  It looks like a hurriedly put together kindergarten drama, which neither bothers to tell a story at all nor tell it convincingly.

How can the demonization of education be a film’s ideology?  Dele’s grandfather says, ‘Entertainment is the way; we are too many – 160 million people.’  Couldn’t the film have rather advocated education along the lines of one’s innate skills and capabilities?  In short, Superstar is a big disappointment.