FILM practitioners from Nollywood and Hollywood yesterday in Lagos paid glowing tribute to Dr. Stella Adadevoh, the staff of First Consultant Hospital and what they described as the Nigerian spirit in the fight and containment of the dreaded Ebola Virus Disease (EVD) last year. 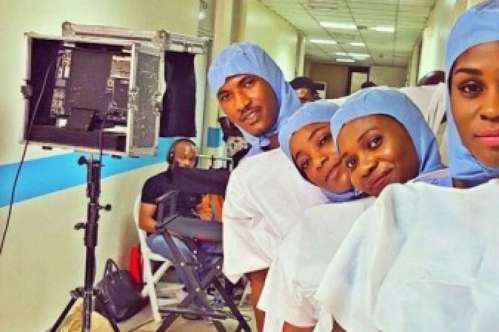 They have therefore, captured the heroic deeds and efforts of the Federal Government, Adadevoh and others during the turbulent period in an emotional film titled 93 Days.

The leading Hollywood actors in the world press conference to announce the completion of the film project were the legendary Mr. Danny Glover and Mr. Tim Reid while Nigeria’s Nollywood had Ms. Bimbo Akintola, Mr. Gideon Okeke and Mr. Keppy Ekpeyong-Bassey. 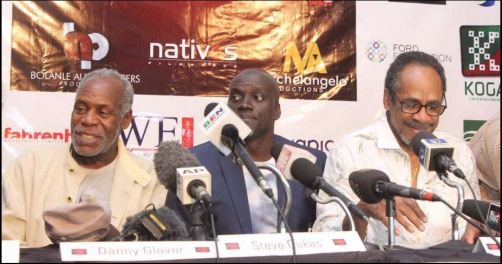 Also present were the producers, Mrs. Bolanle Austin-Peters, Mr. Dotun Olakunri, with director Mr. Steve Gukas. For Glover, it was an emotional reunion with the motherland and he canvassed the need for stronger ties between African descendants in the Diaspora and the homeland.

He also spoke about Nigeria’s immense potentials to achieve great things. “Since coming here, I have felt so particularly proud. The film is a reminiscence of the achievement and testimony of positivity of Nigerians.

It’s a very special moment. We come from a generation of African descendants who want to reconnect with Africa in a big way. It is part of the much larger legacy of Dr. E.B. Dubois and many others who wanted a reunion with Africa.

It was their responsibility to tell the true story of us, Africans. We will continue with that and to be able to tell that story. It is part of the extraordinary potential that the continent has, it comes out in the spirit that we can do this.”

Another African-American, Reid stated the need to continue to connect with Africa so as “to create a new machine of storytelling. I’m proud to be here. The whole world is watching what is happening in Nigeria, its film industry.

In a few years the world will be shocked by the machines of storytelling that is here.” For Austin-Peters the project is an emotional one, as it made her cry, just reading the film script.

The Managing Director of Culture Centre, Terra Kulture, Austin-Peters said making films is not her outfit’s business but that she fell in love with the project after reading the script and set out sourcing for funds for its realization.

As she puts it, “It’s important we tell our stories. There’s too much projection of negative stories about Nigeria. Now Nigerians will shine internationally. We pre-empted others like Americans from doing it and then bringing it back to us to buy.

It’s a great production we have.” The Director Gukas said 93 Days “celebrates and underscores what we are in Nigeria” and called it a fantastic performance of the heroics of the men and women that gave their lives so that Nigeria might live.

He added, “The content of the film doesn’t just entertain, but that it can provoke you. What we did is to take charge about the telling of our stories ourselves. We have made a very good film and an important project.”

Gukas described the experience of shooting the film in real life spots that were the epicentres of the Ebola saga as surreal, saying, “It was a surreal experience to shoot real life story in real life locations; first, at First Consultant Hospital and then at the isolation spot in Yaba where those infected were kept. Entering the spot in Yaba was surreal.”

Nollywood actress Akintola said no character she had acted before ever had so much impact and emotional pull on her as Adadevoh. “Trying to be Adadevoh was really hard. In less than three weeks, she changed lives; she changed me.

Adadevoh was really amazing. Hers is the most impactful role I have ever played.” It was the same for Okeke, who played Dr. Morris of the hospital.

He said, “Morris took me by hand and walked me through it chronologically; he let me see through it all.” Others who worked on the project included Paul Rowlson from England, America’s Pemon Rami and Joseph Omoibom.