The Family of the Late Stella Adadevoh has exempted itself from the movie “93 Days Ebola”a movie that is directed by Steve Gukas and is about to be released.

In a statement signed by Dr Ama Adadevoh on behalf of the family of the deceased, the family said that they used the late doctor’s story for movie production without their permission and that the producer will be held legally responsible for using her image for commercial purpose.

Here is a statement released by Dr Ama Adadevoh on behalf of the family of the deceased: 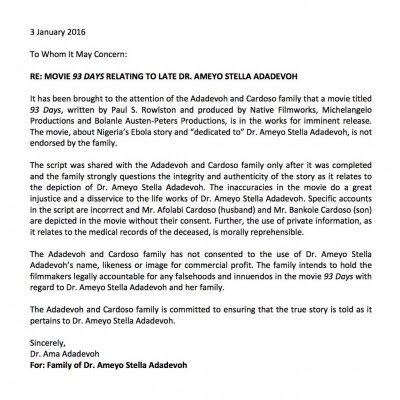