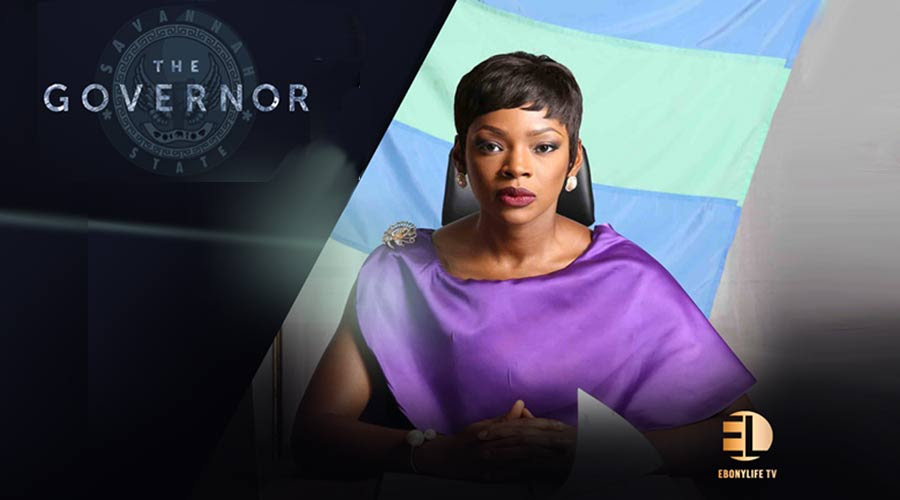 Coming to your screens in July is The Governor! EbonyLife TV has discovered a female Deputy Governor who has so much fight and determination to make it to the top but why don’t we know anything about her?  A woman who exceeds the norm, has been creating boundaries that no man has ever surpassed, alongside the enemies that detest change. With newly clearly thought-out-plans that upset the political cabal which she now dwells in, how will she fair? EbonyLife TV presents to you a new drama series anticipated to get tongues wagging…The Governor!

Angela Ochello is portrayed by Caroline Chikezie a British born actress and producer who is known for her roles in the British drama series Footballers Wives, As If and Torchwood not forgetting Æon Flux (2005), Eragon (2006) and The Sweeney (2012). Other notable actors include, Bimbo Manuel who is known for his role in the 2014 film October 1, Tango With Me and The Kingmaker, Taiwo Obileye, Kunle Coker, Lord Frank, Jude Chukwukaamongst others.

The producer, Quinty Pillay voiced, “When all efforts culminate into beautiful locations, a dedicated crew, a phenomenal cast…the path leads you to a sensational series – The Governor – Her quest for change is brutal.”

Ema Edosio – Director “The Governor is a series that combines class, strength, determination and heart. It is smartly written with brilliant performances. It was an honour working on such an inspirational story.”

Ladies and gentlemen, The Governor will be with you shortly… premiering on Thursday 7th July 2016.