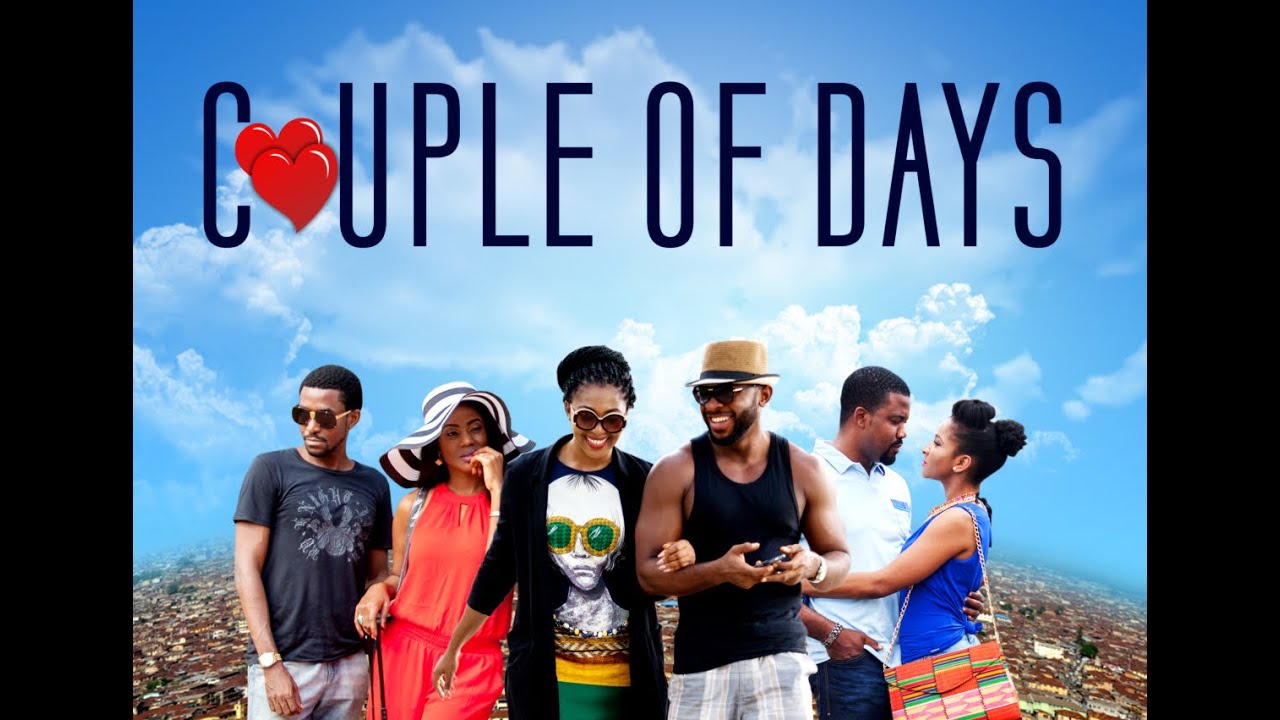 Nollywood loves romance stories. I think, we can all agree on that. There is always a mix of love in the stories that we get. We can’t blame the filmmakers. They understand the market. They know that people will rush to the cinema to watch these stories and so we keep getting romance movies.

‘Couple of Days’ features three couples; they travel on a trip to Ibadan for some days to visit their friends Cynthia (Lilian Esoro) and Eyinna (Jude). Each couple seems to have their problem, except for the very happy Nina (Adesua Etomi) and Dan (Okey Uzoeshi). Cynthia’s husband Jude has cheated on her and she suspects that he is cheating again. Joke (Kiki Omeili) the sharp-tongued Yoruba babe is dealing with her own marital troubles with hubby Lanre (Ademola Adedoyin), they have financial troubles and it is affecting their relationship. Eventually the plot thickens and their entire secret is revealed, Nina who claims to be the happiest ends up the saddest of the group.

The storyline in Couple of Days has a lot of similarities to many other films featuring a group of friends and their respective partners. First of all, the Ghanaian film Four Can Play directed by Frank Rajah Arase, featuring Yvonne Okoro, Jackie Appiah and Juliet Ibrahim and secondly, the film bears a striking resemblance to Tyler Perry’s Why did I get Married. Kiki’s character Joke is a rip-off of Angela, only that Joke is Yoruba and not such a terrible nag compared to Angela. Originality is the first thing the film lacks, and it affects the whole story in the long run. Throughout the film, I kept thinking, this is too familiar. I have seen this somewhere else.

Kiki Omeili stands out in her role as Joke, Lilian Esoro also does a commendable job of being the heartbroken wife. The others do not contribute so much. It is almost as if they are living their normal lives, they are relaxed and that makes the film lose the spark and the engagement it should offer the viewer. Ademola Adedoyin makes a return after his performance in ‘October 1’ and apparently, he was miscast for this role. He is not believable. He struggles with his role which unfortunately does not help with the aim of the whole project. For a man that is broken, desperate and in need of a way out, he did not communicate that well.

Falz ‘the Bahd Guy’,  makes an appearance in this film as an old man and pervert. He plays the role of a gate man who spends time interfering with everything around him. Falz does an incredible job. He is fantastic and I enjoyed the film when he was on screen. He does what he does best in his role here.

There are a lot of problems with this film. One of the problems is that, it is more a full-length commercial of particular locales in Ibadan than it is a film. Many scenes feature Ibadan relaxation spots and the film in general spends time giving honor to its sponsors rather than focusing on an actual story. When there is an establishing shot, it lingers for so long. We end up seeing more of Ibadan than we see the actors in Couple of Days. The filmmaker spends too much time trying to satisfy the film sponsors rather than the audience the film is made for. When it comes to camera angles and the other elements of film, the cinematographer only gets it right when he is establishing a shot on locales but when the couples are together, the cinematographer fails. This attests to the fact that the film is more a full-length commercial advert than a film with a story.

The director Lord Tanner says he made the film in four and a half days and that is why we get what we have with Couple of Days at the end of it all, the film lacks depth and it may leave you confused as you progress.

Rejoice Abutsa is a 21-year-old  aspiring Filmmaker and a big dreamer. She’s also a ‘Theatre and film’ arts graduate from the University of Jos, Nigeria.