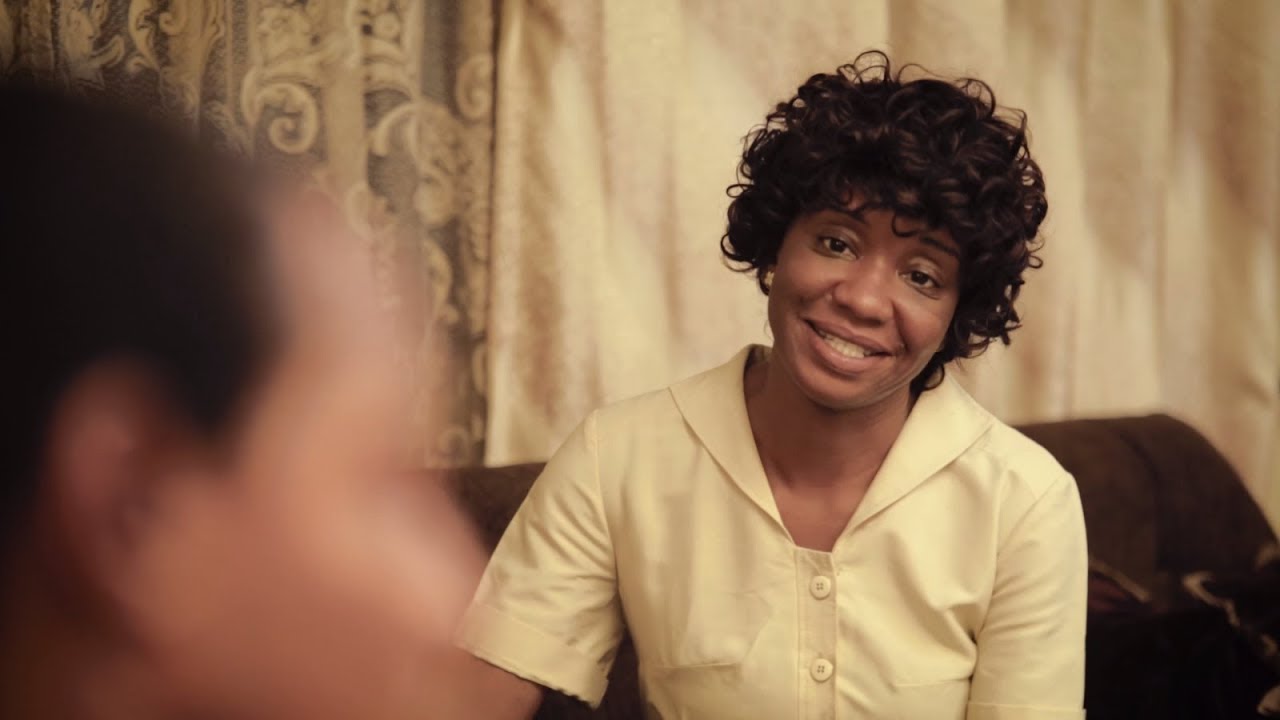 The plot depicted in her debut short film is a slice of the life of some families in Nigeria. The wife is ambitious, the husband has problems with this, and in this case, he is a coward in expressing his insecurity. His frustration complicates his wife’s ambition and when the grand opportunity shows up, his insecurity flourishes. Agnes (our main character) dreams beyond the possibility of her situation, but there is an unsupportive husband and a daughter caught in youthful exuberance, the combination of the two threatens the ambition of our lead character.

Set in the 90’s, “Gone Nine Months” explores the challenges that arise from managing a family, especially for women. The very first scene introduces us to trouble brewing within the family; we watch emotions blow up in a way that leads to a disturbing end. Writer/Director, Lola interrogates the family structure and its needs using the character of Agnes Olajuwon (Najite Dede) who we enjoy rejoicing in the near- possibility of achieving her dreams.

Lola’s film carries a lot of expectation and she strategically tackles all before the end credits roll. We expect the relationship between Tunde and Agnes Olajuwon to turn volatile, and Tunde aspires for the day this would happen. The demands of managing a family and a career come to play, and also traces of marrying the wrong partner. We don’t get to know Tunde Olajuwon too well, but the little we know proves that he lives to provide exclusively for himself and there is no concern for his family.

When Agnes travels to get her VISA, he questions her late arrival and makes reference to married women not staying out too late. His wife is not any married woman though. We see her with enviable aspirations… until family ruins it.  Her husband’s insecurity is the last thing we feel before the credits roll. After learning of his daughter’s pregnancy, the only thing he offers before leaving the house is, “No one is going to America now that is for sure!”

Gone Nine Months is a short film that makes us question the future? The film ends on an ambiguous note. This ambiguous ending is the reason the film will have a lasting impact on its viewer – an impact more than the film’s twenty minutes run. Lola’s film is structurally sound, touching, and the concept is an excellent and a valuable deposit in our conversations about family, and even feminism.

She also makes a bold choice in selecting her cast- even Olu Euba who never pulls a smile, and has very little to say through Gone Nine Months, offers some texture to the casting. Najite Dede pulls all the strings to make her performance highly memorable, and Zoe Favour is another flavor to the cast- she is smart and articulate and that makes for delightful viewing.

We also have a deep appreciation for the symbolic title, “Gone Nine Month,” it is either symbolic to the trapping of Agnes Olajuwon to the confines of her home, or the continuation towards achieving her dreams. Whatever it is, Lola leaves us with a choice to make. We can either allow the woman fly or tame her.

Watch the film below