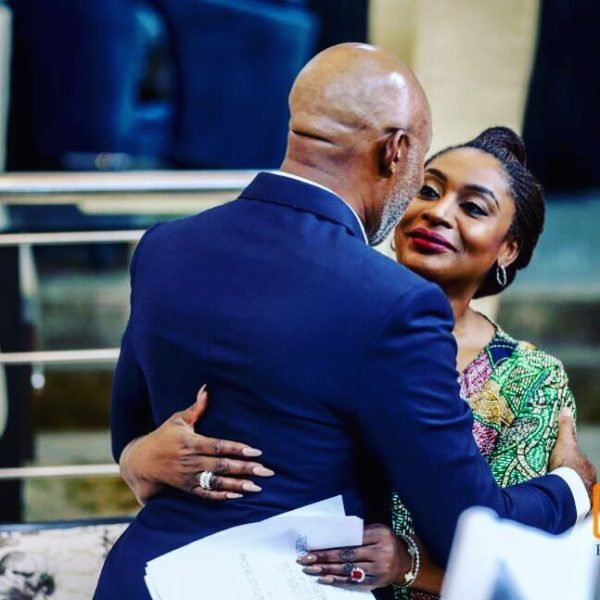 Veteran actors, RMD & Ego Boyo are set to grace our screens again. The duo first stole the hearts of the audience when they starred as lovers in the popular TV series, CheckMate and film, Violated over 25 years ago.

RMD took to his Instagram page to announce that they’re co-stars on his new show “Mr X Family Show.”

“My journey with Ego Boyo started nearly 30 years ago, our first encounter being on the production of CHECKMATE when my dear friend Amaka Igwe pulled me in as the villain Segun Kadiri on the highly coveted TV series. One of the most remarkable things about Ego is that despite the fact that she is born with a silver spoon into the family of the highly respected late Justice Nnamani she was super disciplined (she still is), very humble and extremely committed. Our status as Nigerian TV sweethearts rose with the movie VIOLATED as ‘Tega’ and ‘Peggy’ became the toast of Violated fans. Since then Ego has gone ahead to becoming wife, mother, accomplished business woman and the president of International Women’s Society.
Over 25 years later Tega and Peggy are back together again on my new TV “DramCom” The Mr X Family Show. I can only hope that getting back together again on TV will tickle fans of Ann Hathrope and Segun Kadiri and the fans of Tega and Peggy who have been craving to have them grace their TV screens again. Ego and I are pretty excited about this and hope the excitement catches on. We are curious to see how many people or if anyone can correctly guess what we’re back together as… Mr and Mrs? Secret Lovers? Siblings? Colleagues?…
Somebody?! Anybody?! Let the guessing game begin.