The acting space in Nollywood is one space where an actor hardly reigns for a long time because the factory machine usually throws up new acting talents. In fact, there are usually two or more for each season and when they are introduced, they occupy the space until new talents are thrown up again.But even then, there are some actors who have remained evergreen and whose relevance as actors has almost refused to patter. 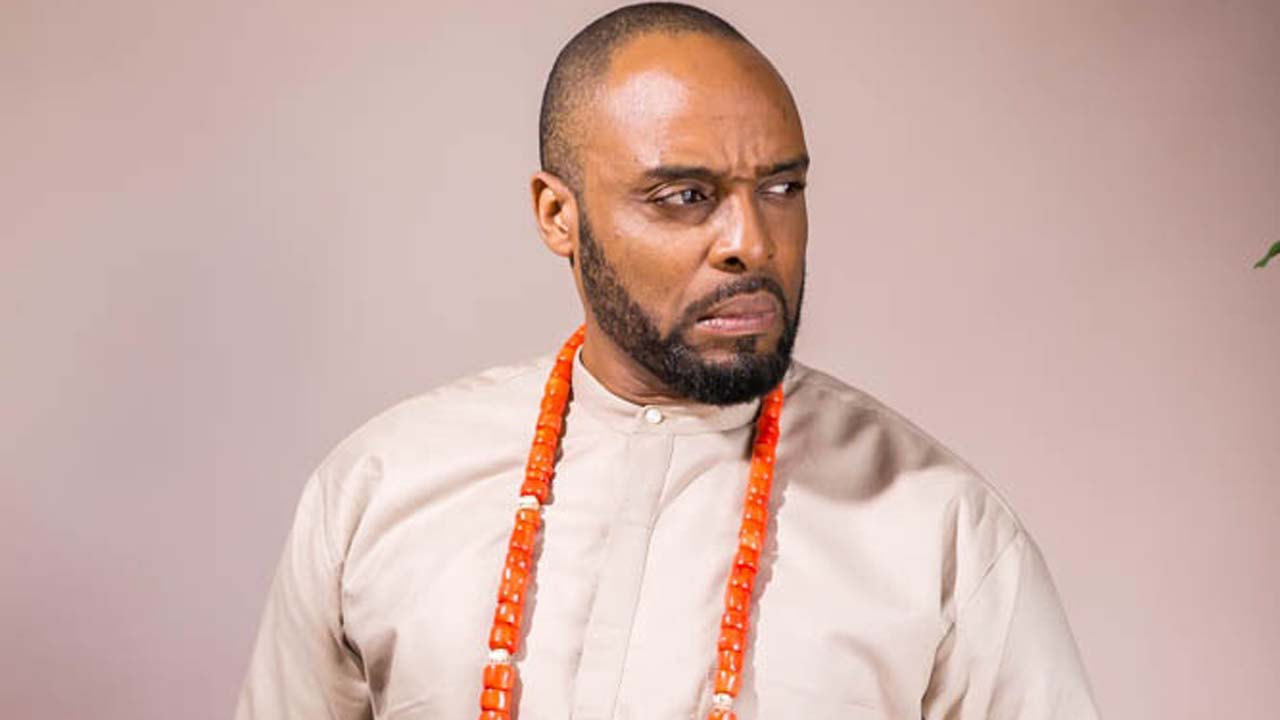 One of them is the well-built, good-looking and unpretentiously friendly son of a University teacher and English graduate of the University of Nigeria, Nsukka (UNN), Kalu Ikeagwu. The debonair Kalu, who shot into national limelight playing Jeny, a loving and very supportive husband to Ada in the television soap, Domino, and who has, with hard work and commitment, established his presence in Nollywood, has emerged the darling of most industry audiences.

A busy actor, Kalu is presently in hot demand and in a couple of movies meant for the big screen that are at various stages of production or post-production.
He is in Genevieve Nnaji’s comedy, Lion Heart, starring Nkem Owoh, Pete Edochie, Onyeka Owenu and Genevieve Nnaji.  Kalu also plays the lead in Roberta, another riveting story produced by StephNora Okere and directed by Ema Edosio. Roberta stars Somkele Iyamah-Idhalama, Wale Ojo and Nigerian dance queen, Kaffy.  We are also excited to see him in Ugonna Nwachukwu’s “The Watchman” where he plays Adam Rawlings. The Watchman will be released in the UK this December.

Born in England, Kalu’s father wanted him to study medicine, but Kalu said he couldn’t at that time, because he was not particularly friendly with the sciences. But Kalu, a good fan of Williams Shakespeare, Charles Dickson, Chinua Achebe, Wole Soyinka and other literary giants, had a passion for literature, which was why he settled for English when the time came for him to proceed to the University of Nigeria after his secondary education.

Kalu graduated with a Bachelors of Arts and left for England in 1993, where he continued to hone his skills at local community theatres in London.He returned to Nigeria in June 2004 to join the growing and popular Nollywood film industry and has since appeared in several movies and television series, including, but not limited to, Darkest Night, ’30 Days, For Real by Emem Isong, Uche Jombo’s trilogy, Damage, Broken, Mnet’s Doctor’s Quarters and AIT’s Dominos.

Outside travelling and reading, Kalu, who describes himself as an idealistic, fun-loving and God-fearing person, disclosed that he spends most of his off screen period at home bonding with his family, writing and watching movies.He says of his past time: ‘I am particularly an indoor person. I hardly just hit the road. I must have a reason for wanting to go out. One thing I also spend more time to do now at home and when I am not working is reverencing God. I love God. In fact no one would say that he doesn’t because he has done so much for his creation. I also like to sing and I love meeting people particularly those who are progressive in their thoughts and disposition. I do not have much patience for lazy people. I do my best to avoid them because they can make you loose track’.