Organisers of Africa International Film Festival (AFRIFF) have announced the return of the festival for 2017.  Over three thousand three hundred film entries (3300) were submitted for this year’s African International Film Festivals (AFRIFF) taking place in Lagos between October 28 and November 4.  Meanwhile, only about a hundred and sixty-five slots will be made available for screening during the festival. 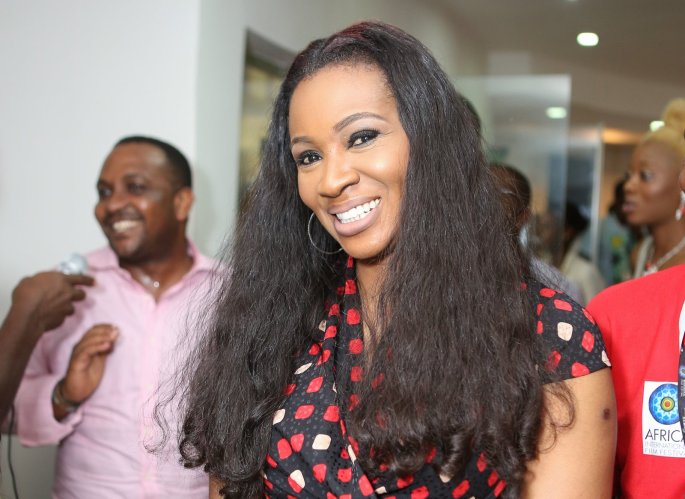 The founder, AFRIFF, and convener, Ms. Chioma Ude, made this known at the press launch organised by the British Council to announce the modalities for this year’s festival.

Alarmed by the huge turnout, Ude revealed that the upsurge in entries could not be accommodated due to a shortage of screening houses for the festivals.

“The cinema houses didn’t increase, so the screening halls could only accommodate this much”, she told Saturday Tribune.

“Last year, we had 987 films submitted, and only 155 movies were screened. This year we have 3300 films submitted and we will be having about 165 films for the festival.

“We will be opening and closing the festival at Genesis Deluxe. We are also going to have some screening at Silverbird Galleria, while the Globe Awards will take place at Eko Hotels and Suites. There will be parties all over. The French government is going to have a welcome party on Wednesday, November 1,” she also said.

Among the cinema houses yet to serve as venue for the film festival include Filmhouse and Ozone.

Ude, who attributed the exponential rate of the upsurge to the growing interests in Nigerian film industry and culture by audiences and stakeholders around the world, also disclosed that the 2017 edition of the prestigious movie festival will take a new turn in its programmes, focus, and partnership.

“We also have big production companies coming from France. We have great films selected by BFI London film festival through the British Council that will be in the festival.

“The focus of the festival will be on women and children with our opening and closing film from French films.”

Touted as the biggest gathering of industry stakeholders and movie lovers on the continent for the celebration of film and film production, AFRIFF has also spearheaded multi-dimensional discussion on the culture of film in Africa since its inception in 2010.