After what seems like a break from the screen, they are back doing what they know how best to do. DUPE AYINLA- OLASUKANMI beams her searchlight on five of these ageless thespians who are giving even younger ones a run.

VETERAN Nollywood actor, popularly known as RMD, was off the screen for a while, but finally made a comeback months back with the movie ‘Three Wise Men’ featuring other Nollywood actors like Zack Orji, Victor Olaotan, Ebele Okaro, Tina Mba, Thelma Nwosu, and Emeka Nwachukwu.

The movie which got him an award as ‘Best Actor’ category at the just-concluded 2017 Abuja International Film Festival (AIFF), for his role in ‘Three Wise Men’, is a boost to the thespian’s skills as a professional.

The thespian is also not resting on his oars, as he just wrapped up work on a new TV series, ‘The Mr. X Family Show’, which features top names in the industry.

The actor who had earlier hinted about the new work, saying new ventures are never easy, starting from conception to execution, has finally finished work on the series and is expected to hit the screen soon.

KNOWN to own her fashion and lifestyle show, titled ‘Oge With Iretiola’, which ran for 10 years, also as an anchor for different TV programmes, the now Tinsel actress, who returned to the screen two years ago on the set of Victor Sanchez movie, ‘Dowry’, with the commencement of the second season of the flick, ever since, has been featuring in different movies which has been nominated for several awards.

Most recently, she has been nominated at the 2016 Africa Movie Academy Awards in the Best Actress in a Leading Role category for her portrayal of Dr. Elizabeth in Ebony Life Films’ blockbuster 2015 hit; ‘Fifty’.

On her role in the movie in an interview with The Nation in 2015, after the premier of the movie, she stated, “When I was sent the audition script for the movie, I fell in love with the character because she was exciting and a robust character with many different sides to her, and that caught my attention.

“At this stage of my career, I am interested in characters that are resourceful, that I can have fun with. The character was what grabbed me the most.”

Her recent work include ‘The Arbitration’, and ‘The Wedding Party’, which according to report at the moment is one of the highest grossing Nigerian films in Nigerian cinema history.

Both films screened at the 2016 Toronto International Film Festival as part of the city-to-city spotlight. On TV some series, she has created memorable characters in series like ‘Fuji House of Commotion’, ‘Dowry’, and ‘Gidi Up’.

The actress currently stars as the enigmatic Sheila Ade-Williams in the MNET television series Tinsel.  She will also be reprising her role as Dr. Elizabeth in the upcoming Fifty TV series.

Also known as a stage person, her most recent stage credits include ‘The Vagina Monologues’, ‘Olorounbi the Musical, ‘Hear Word’ and ‘The Wives’.

AFTER starring in popular TV soaps over two decades ago, the name Ego Boyo, known in the industry as Anne Haastrup, continues to be a household name even after leaving TV.

Though nothing big is heard yet, until the flag off of ‘The Mr X Family Show’ by RMD, it is believed that the actress-cum producer is working on something that will be a hit again.

The mother of three, who is gradually gaining a spot back in the industry, left many years ago to do more of corporate works; documentaries and adverts for clients.

With plans to still do films, she is back as part of the cast of the just-concluded RMD TV series titled ‘The Mr X Family Show’. This is seeing both Nollywood TV stars coming back together 25years after ‘Violated’.

Both who started their movie journey together 30years back, as revealed by RMD, kicked off in Checkmate, where he starred as Segun Kadiri.

In the 90’s, Ego Boyo hit the big screen with the movie ‘Violated’, her very first film, which she also produced, and directed by late veteran filmmaker, Amaka Igwe.

She made her comeback with a pilot for a soap opera in 2011, but has managed to keep tie with a number of people in the industry, which has made her entrance quite easy again.

Ego is also the president of International Women’s Society. 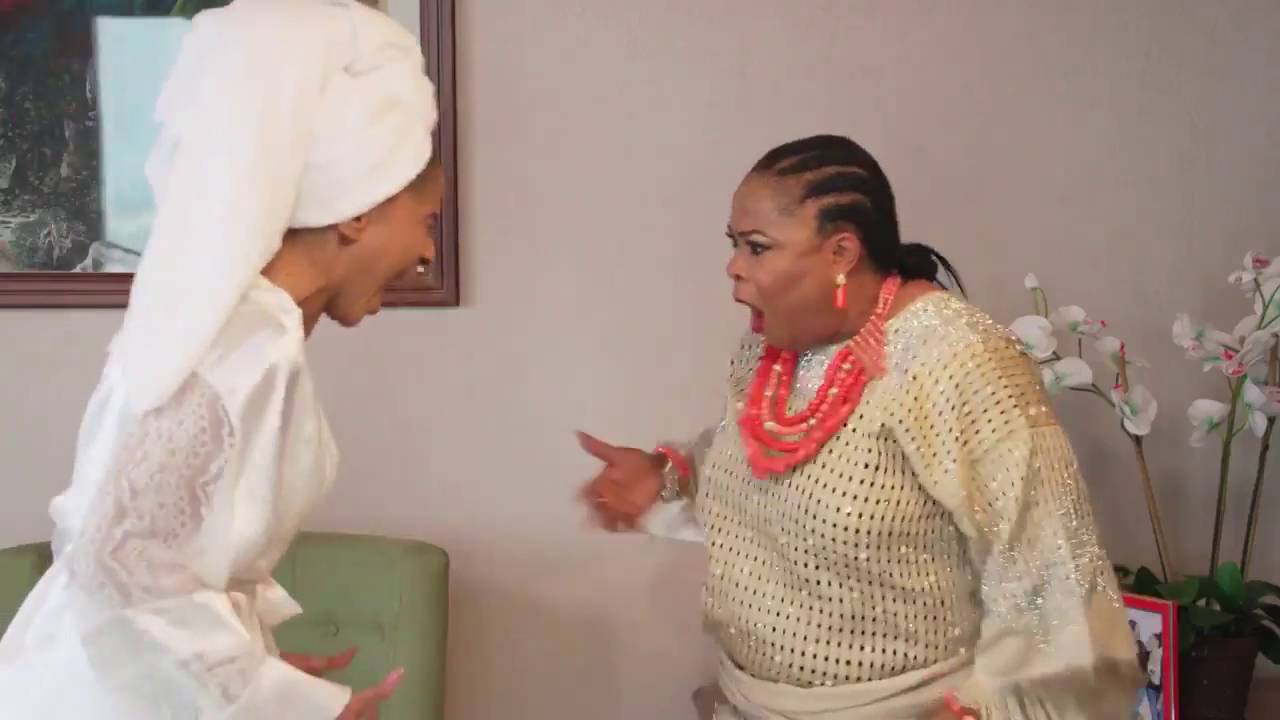 SHE became popular in the soap opera as Toyin Tomato, in Oh Father!Oh Daughter!, the very first in Wale Adenuga’s Super Story drama series. For her fans, it was welcoming news when the actress who left the shores of Nigeria about 15years ago to train her children, now grown-ups, returned to the screen, big and better.

After leaving, the actress and producer still comes home occasionally to produce movies.

Known as no-nonsense woman, the actress kept her fans to their seat with her role in the ‘Wedding Party’, released in 2016, where she played the role of Mrs Cooker, mother of the bride, starring alongside Ali Baba, Banky W, Adesua Etomi, Iretiola Doyle, RMD, among other notable actors.

Her acting prowess is dated back to 40 years ago when she kicked off her career in the series ‘Village Headmaster’, and later ‘Super Story’.

Other movies that showed her acting skill are ‘Dangerous Twins’, ‘Family on Fire’,  ‘Madam Dearest’, ‘Asewo To Re Mecca’, ‘Diamond Ring’, ‘Emotional Tears’, among many others.

The actress joined acting as a member of the Awada Kerikeri group under the leadership of Adebayo Salami. Over the years, she has scripted, co-scripted, directed and produced several Nigerian films, which include ‘Ohun Oko Somida’, a 2010 Nigerian film that made waves.

SHAFFY Bello, known for her sonorous voice in the song ‘Love me Jeje’, alongside her cousin Seyi Shodimu, is one of the aged actresses that are keeping the younger ones on their feet at the moment.

Currently gracing the face of Nollywood movies, usually as a swift talking high-class woman, the singer also showed her prowess in ‘Ovy’s Voice’, where she takes on a completely different role, as a full Yoruba personal with an interesting accent to back it up.

20years after, having spent some time in the United States of America, the mother of two who has decided to return home and pursue her passion is surely performing well and endearing fans.

She can be described as a hot cake for movie producers now, and also a fashion icon. Shaffy’s, who left in 1987, command of the English language is evident in her interpretation of roles and her ability to bring her characters to life.

Since her return, she has featured in quite a number of movies that include, ‘Cougar’, ‘Tinsel’, ‘Taste of Love’, ‘When Love Happens’, ‘Gbomo Gbomo Express’, ‘Ovy’s Voice’, among others.