Nigerian filmmaker, Tunde Kelani is out with a new movie project titled ” Sidi Ilujinle”, which is a Yoruba film adaptation of Wole Soyinka’s “The Lion and the Jewel”. 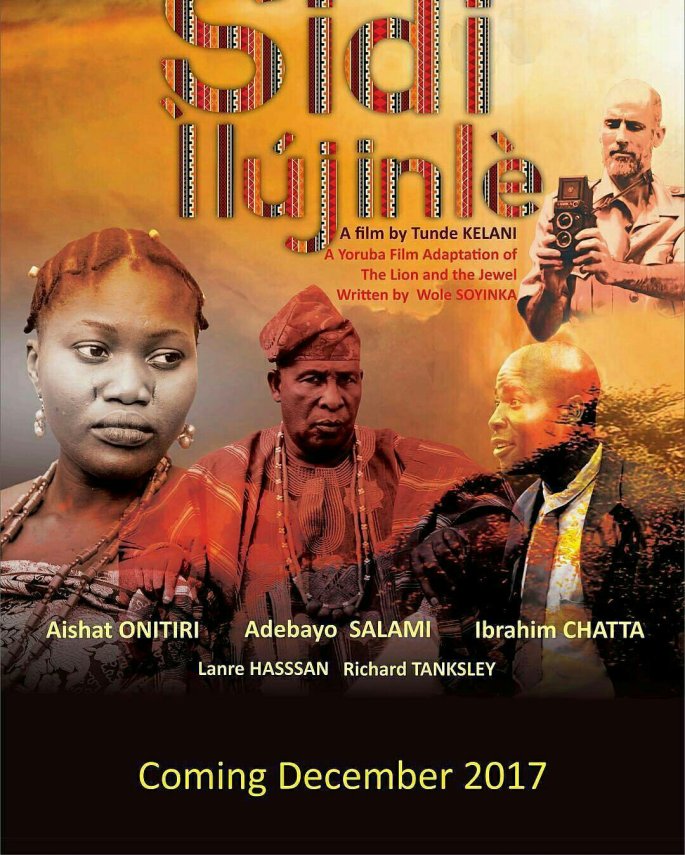 The Lion and the Jewel is one of the best-known plays by Africa’s major dramatist, Wole Soyinka. It is set in the Yoruba village of Ilunjinle. The main characters are Sidi (the Jewel), ‘a true village belle’ and Baroka (the Lion), the crafty and powerful Bale of the village. Lakunle, the young teacher, influenced by western ways, and Sadiku, the eldest of Baroka’s wives. How the Lion hunts the Jewel is the theme of this ribald comedy. ‘This play is full of fresh and vivid imagery . . . this is a thoroughly enjoyable play.’

The story is the tussle for Sídí, the most beautiful and now famous girl in Ìlújinlẹ̀, between Baroka, the Baalẹ and Lion of Ìlújinlẹ̀ and Lakunlé, the educated school teacher. Who wins? SíDÍ ÌLÚJINLÈ̩ is hilarious comedy, a confluence of beautiful poetry and prose.

The movie opens in cinemas this December