Seasoned Nigerian filmmakers, Steve Gukas and Kunle Afolayan will both showcase their movies at the Grauman’s Egyptian Theatre, Los Angeles, US, during an event tagged ‘Nollywood in Hollywood’. 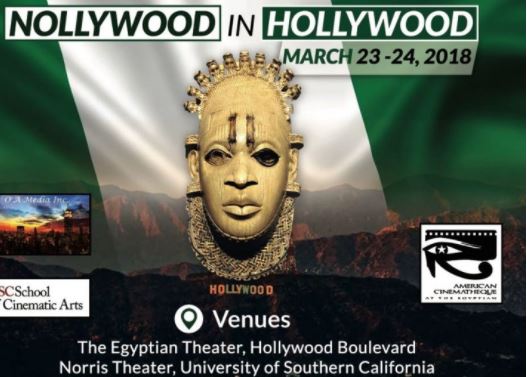 The screening is facilitated by the school of cinematic arts at the University of Southern California, Los Angeles, and the Egyptian Theatre.

John Hagelston of the American Cinematheque, operators of the Egyptian Theatre, said the screening is a good opportunity for Nigerian cinema as it “still has a relatively low profile in the US”.

He said, “the chance to bring Nollywood to Hollywood for a night made perfect sense”.

Steve Gukas, director of ’93 Days’, one of the selected films, said he is excited about the potential benefits of the exposure.

“The pedigree of the organisations putting this together tells me this is a unique opportunity for our film, myself and the industry. The thought of my film screening at the world famous Egyptian Theatre is mind-blowing,” he said.

“I believe this is a unique opportunity that Nollywood can leverage on to showcase itself and attract the needed support and partnerships necessary for its continued growth.”

Kunle Afoloyan’s new movie, ‘The Bridge’, was also selected to be screened at the ‘Nollywood in Hollywood’ event.

“I believe the ‘Nollywood in Hollywood’ event is a course in the right direction,” he said, adding that he looks forward to “mutual exploration between the two worlds”.

The screening, scheduled for March 23 and 24, will be the first official event on the Hollywood cinema calendar after the 2017 calendar ends with the Academy Awards.

It is the first time Nigerian films will be presented to the Hollywood industry at an event designed solely for Nigeria.