Nollywood Observer recently met up with the director of soon to be released movie, Lara and the Beat, Tosin Coker. 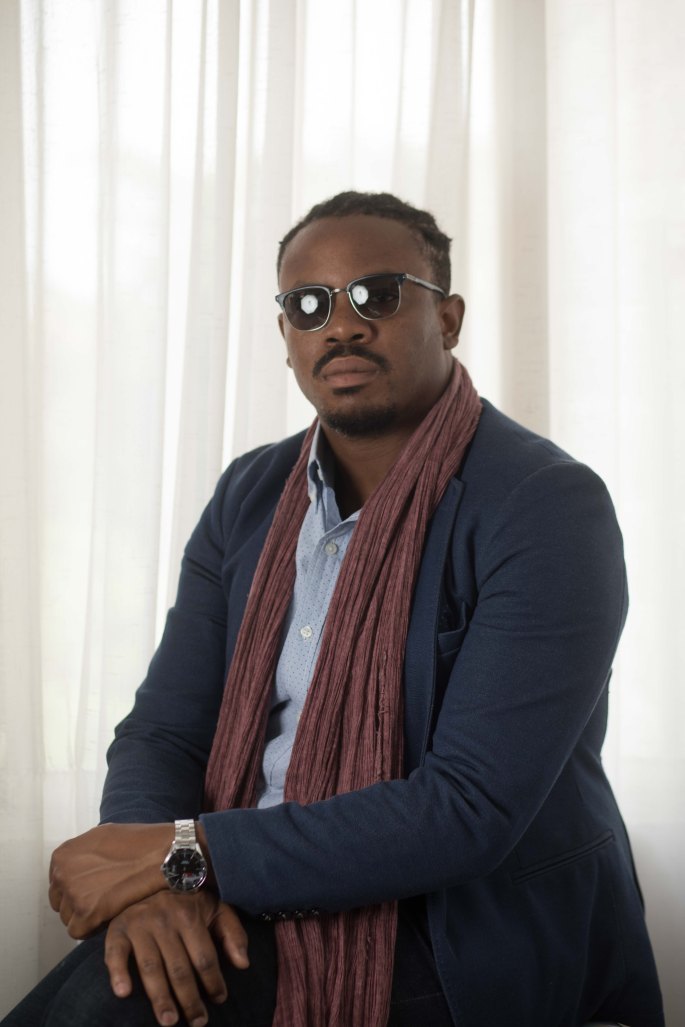 In this chat with Rejoice Abutsa, Tosin Coker talks extensively on the themes, sub-themes of Lara & the Beat; as he tells us this is not your regular love story.

“Lara and the Beat” has several things going for it. First off, it is the talented singer, Seyi Shay’s Nollywood debut. She leads the cast alongside Nigerian hip-hop star Vector tha Viper, who plays her love interest.  Despite being raised in different social conditions—and experiencing life in extremely different ways, life’s unpredictability brings the duo together in one of the most profound love stories of the year.

A strong connection with the story wasn’t the only thing that attracted Tosin, to the project but the chance to communicate with Nigerians on many different levels as this is his first Nigerian film  “I saw the opportunity to communicate with Nigerians on a Socio-economic level. We went into the passion of chasing dreams, told a love story and explored the relationship between sisters,” Tosin explains.

For a filmmaker like Tosin, who has created narratives on some controversial topics, “Lara and the Beat” will bear the title of one of his most conservative projects:

“When my partner and I received the script, I saw an opportunity to finetune it to the type of story to be told.  Pearl created a great template for us to work with. My partner and I came together, looked at the story and explored many possibilities on how to bring this to life. We consulted with people to get it right.” 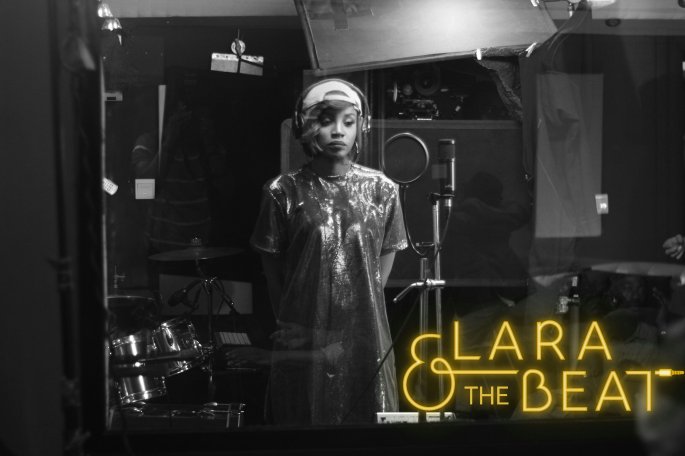 Coker’s direction features ambition on different levels: Lara Giwa, a socialite, a diva, a dreamer and a party girl meets a guy that hasn’t been exposed to the privileges & opportunities she’s relished all her life. On one end is Lara’s story and on the other is the young man interested in her. Very different lives create the contrast.

The filmmaker was intentional about inspiring those that will go to see his story. He tells me: “what separates people is opportunity. It is a story of love, as well as a story of sisters. Also, the background of the sisters comes to play and all of these things that have informed their lives. It showcases talent and also rewards pursuit of your dreams.” 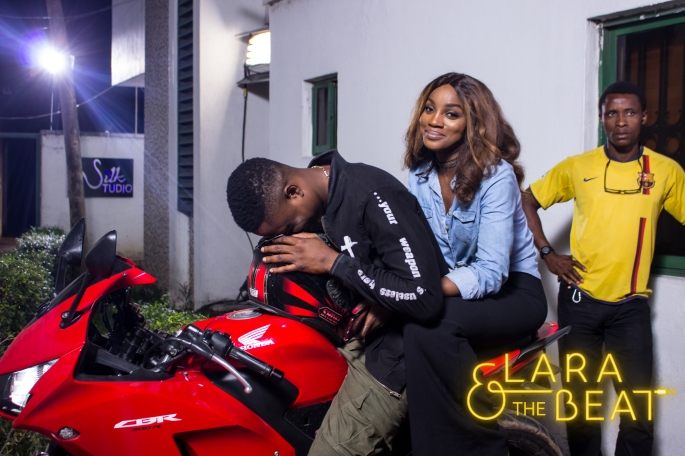 In a world where there are restrictions to falling in love, especially when wealth is involved, “Lara and the Beat” has picked from that and intends to push for a different experience. It is a film that captures human conditions and emotions—through sisterhood, friendship, family and even tax evasion.

Tax evasion is perhaps one of the most interesting themes of the feature. For a topic as unexplored as tax evasion, Tosin believes paying your taxes is a necessary step in the journey of success.

There are people that have difficulty understanding the concept of paying taxes. Bringing the conversation forward through a film like this would help awaken—even if very little, our consciousness to the matter.

Lara, the lead character represents a lot of things: Rebellion, talent, and hope. If there was anyone capable of bringing all that was required from Lara to the screen, it is the sultry singer, Seyi Shay. Seyi has enjoyed a successful career for her impeccable songwriting, expressive music videos, and bodacious stage performances. We have seen Seyi go from the deeply invested lover in Right Now to her alluring party girl vibe in Yolo Yolo. Some of these personalities adopted for her music videos were needed for the film. Even so, all the success she has acquired in music did not mean that she would strut into the casting room and pick a script. Seyi had to audition.

“The casting process started in May, through September. Seyi Shay came in to audition and brought the character to life— she came in three times and it felt right,” says the director. 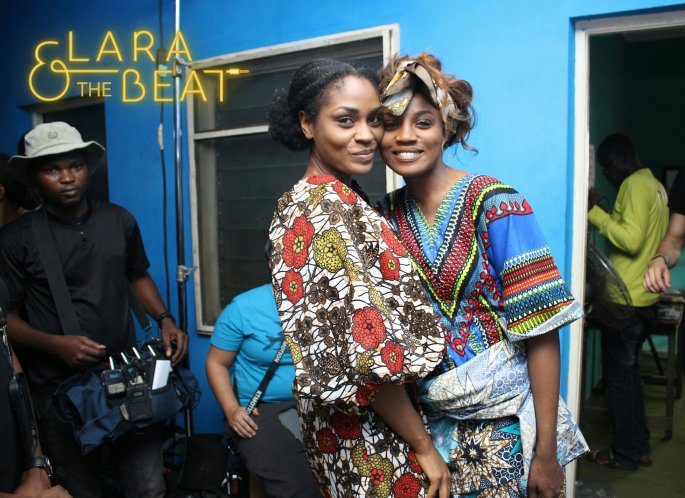 Getting a dedicated cast was key to the director, who finally assembled Somkhele Idhalama, Chioma Chukwuka, Lala Akindoju, Anee Icha, Uche Jumbo and Chinedu Ikedieze to bring the story to life. “We wanted actors that will forget the glitz and glam of the red carpet and those that will truly bring it all and fill what was needed to make people believe this story. There was an intense search for the right actors to fit what we had.”

Getting a good team that will go in front of the camera was not the only aspect of collaboration that was important to the filmmaker. The right team to support his creative process behind the scene was even more important.  Tosin met Lara and the Beat producer, Biola Alabi in 2016.  The duo exchanged creative energy and waited for the right project to come. Biola spoke to Tosin on the possibility of directing the feature and he took it up. She also allowed him to do with the project, what he needed to do to make it a success.

“Creativity thrives with liberty. If I don’t have the freedom to explore myself, I will shut down – every creative person will shut down. I was so lucky to have someone that gave me the opportunity to express myself in the way that I wanted to. Biola gave me so much freedom. It is something I will never forget and I will remain grateful for it.”

“Lara and the Beat” combines Music, Fashion, and a Love story to sell the Nigerian culture through film. Music is part and parcel of Lara’s life and because it is the core of her personality, viewers can expect to enjoy plenty of good music. The official teaser, released in February, has given us a little feel to the type of exciting music that will accompany it. The better news is that veteran music producer, TY Mix directs the music for the film.

With “Lara and the Beat”, Coker intends to inspire Nigerians with the tesseract of energy that connects two disconnected social classes: The rich and the poor. It is not the type of story that has been told over and again—Coker believes that something fresh, and really exciting will be shown to Nigerians very soon. “I want people to watch this film and realise that Love conquers all, despite social disparity. I want them to appreciate the music, the characters, the language—our art. We made a film that if we transport to Ghana, South Africa or any part of the world, they will feel our culture through it. We made a great cultural export that should speak well of us as Nigerians. It fits our story as a people.”

Lara and the Beat will be released on the 8th of June.

Check out behind the scenes of Lara and the Beat and enjoy the cool moments of the production process. 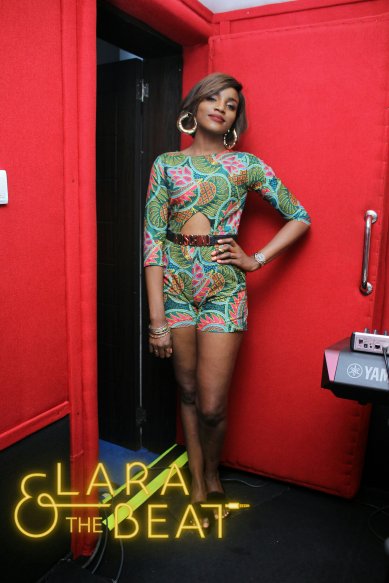 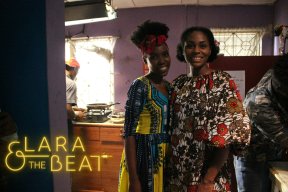 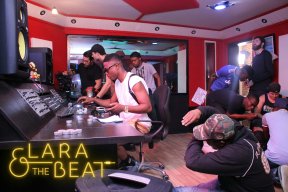 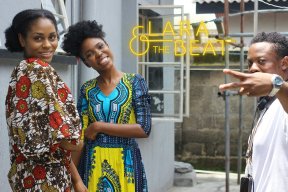 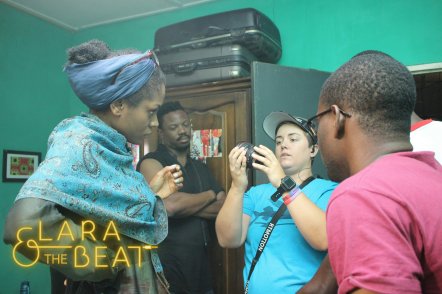 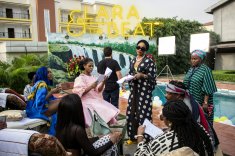 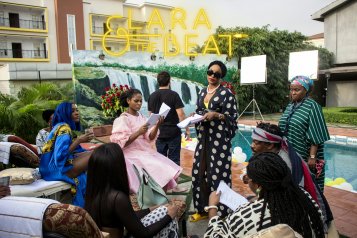 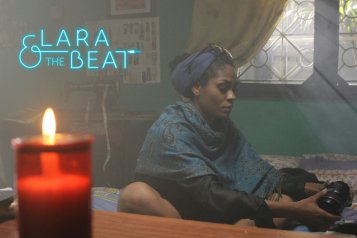 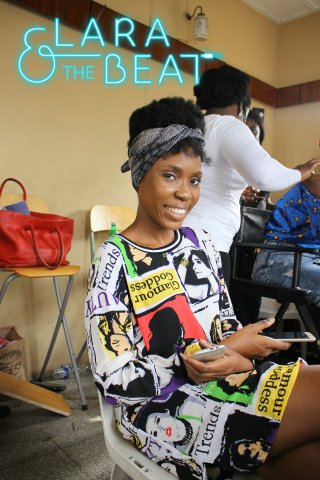