The woman, her body, and the trespasser: What Nigerian Web Series are doing with the Female story and Consent

In the last few years, the need to teach men and women what sexual consent means and how to obtain it has formed a very important part of advocacy. The rising number of sexual assault allegations across social media over the past two years have thrown up bigger issues – most people do not understand what consent means. To clear up any potential confusion, “Yes means yes” and “no means no”. Despite the fact that these phrases are short there are many people, both men, and women, that find “sexual consent” confusing.

A case scenario: A woman consents to sex with a lover and during the act, an absolute change of mind occurs. She chooses to discontinue the act, but her lover is dissatisfied and goes ahead to force himself on her, despite firm objection.

Many scenarios like this have made their way to popular discourse, here in Nigeria, and general reaction has been underwhelming. Many people fail to grasp what sexual consent is. They also continue to spread their ideas (shaped by harmful culture) to cause more harm.

The growing rate of rape in our society and the response/reaction afterward is of great concern. Sexual violation is an uncomfortable discussion to have, even for those of us that continue to pursue the topic. The topic of sexual violence and how it is depicted on screen is of significant interest to the audience, therefore, there are implications that filmmakers must consider.

Sexual consent has been explored through different art forms in the past, including film—but even on screen, the discomfort of tackling the topic regularly rears its head.

From stories that excuse the crime to those that do not capture its damage or proffer crucial steps to reducing it, the Nigerian film industry as a medium of enlightenment has a long way to go.

In large numbers, young Nigerians and Africans, are feeding into Nollywood content created for online streaming. With that, comes the need to explore such topics that might not be accessible at the cinema.

In a society with voracious interest for entertainment, shows like “MTV Shuga” and “Rumour Has It” are driving conversations on the meaning of sexual consent. 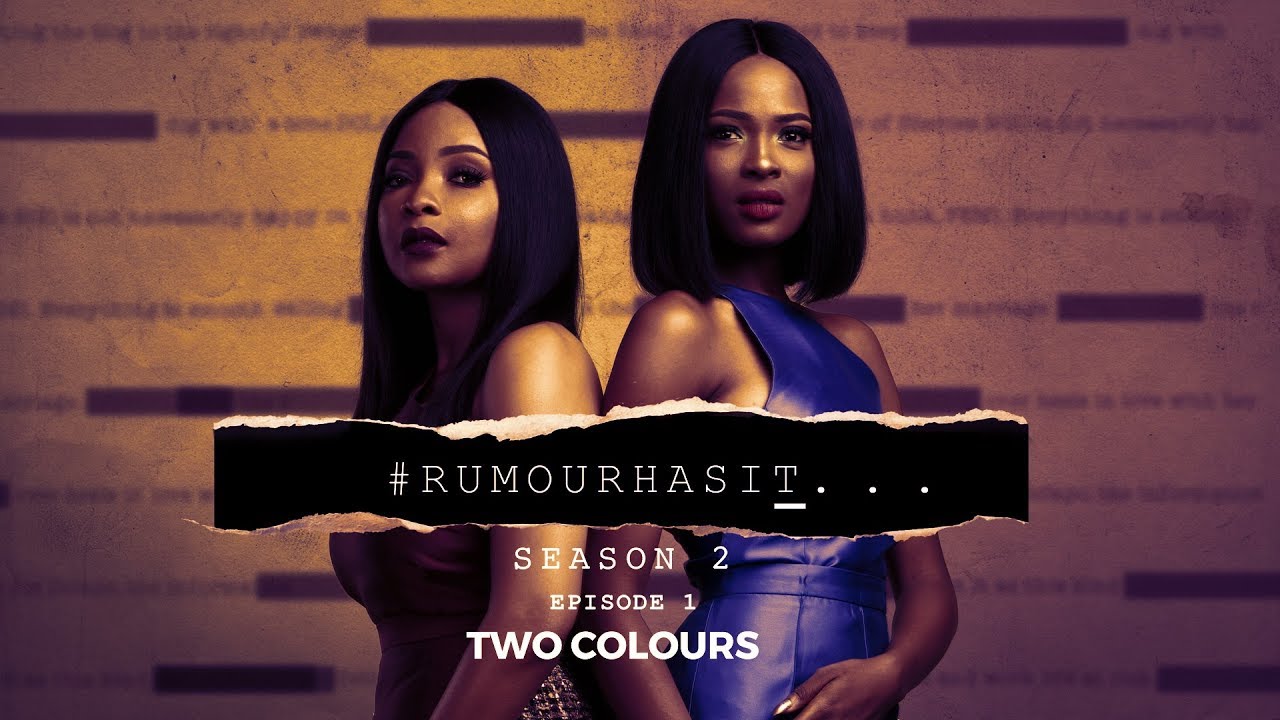 Ndani TV, returned with the second season of “Rumour Has it”, and the new season is spreading more than rumours, it is also spreading a sex tape. In the new season, a married woman (Dolapo) has a sex tape that has been shared online to humiliate her. The video was recorded and shared without her consent and even after this happens, she is clueless about the right action to take. She confronts the trespasser and his accomplice but never takes action further than that.

In all the rancour, a message that is crystal clear is that the woman has been violated, by having her video being spread online, without her consent. While she made a decision to cheat on her husband, she did not choose for the act to be recorded nor for it to be distributed.

While “Rumour Has It” has a few unreleased episodes and we are still keeping eyes on the show to see what outcome will come from the crime, the show brings memories from similar real-life crimes that have escaped justice because the women involved were trying to escape more shame. There have been stories of young women who have been violated by having their sex tapes being released and distributed on popular platforms. The perpetrators of such crimes continue to roam free.

The conversations that start from such situations are painful to follow. On one hand, are a few people who dare to ask why anybody will be violated in that way? On the other side of the argument are people that condemn the woman’s actions instead of focusing on the unjust decisions that have been made for her. The number of people in the second group usually outweigh those that defend her decision to use her body for whatever she deems fit and not get recorded for what she does in private.

The tension from the topic of consent, as shown on screen is not limited to “Rumour Has It”. Right beside “Rumour Has It”, on YouTube, is “MTV Shuga season 6, with a strong theme on rape.

In one of season 6’s heart-breaking episodes, Faa, who is a dancer has moved her career forward by talent and heeding to sexual pressure from influential industry insiders. On one of her night’s out, a man that she has had sex with in the past, demands sex, but Faa rejects. He rapes her brutally, while also reminding her that “it’s not their first time” and having consensual sex once, means he can go at it again, even if she does not consent to it.

In between shame, desperation to acquire a better life and the sake of her sanity, she struggles to make a decision on what to do with the rapist.

The first episode of Season 6 introduced us to Faa’s anxiety problems as a result of being raped in the past. She is overprotective of her younger sister and fears that someone will try to violate her younger sister in the way she was violated. While she couldn’t open up about her first rape, she does not remain silent the second time. She reports to the police. Having a younger sister reminds her that by letting her rapist go, he could find a way to another defenseless girl or even her younger sister.

Season 4 of Shuga has a similar theme on consent. Sophie chooses a celibate life after having a number of sexual relationships with different men to sustain herself financially. When she chooses to forego that life, society holds her to her past – her boyfriend requires a bit of the past where she had sexual relationships without caution. When Sophie rejects him, he rapes her.

In our society, the transformation of a woman that has been known for a particular lifestyle, especially for a woman that is not afraid of her sexuality, is unacceptable. The woman is expected to show silence in every area of her life. The silence extends to seeking justice when she has been violated. If she dares to choose justice, society will shame her to the point of subduing other women, with similar narratives to silence.

With whatever medium we can reach out to an audience, we need to show that women can make whatever decision they want with their bodies and not get shamed for it. A woman defines her body in the way she wants to define it. If she thinks it is her reputation, then it is. If she rejects it as a reputation, then it is not. A sex tape released without her consent is – violation. Tampering with her body, in ways that she does not consent to is – violation.

As a society, our voices need to go farther as an attack for sexual violation and as education for sexual consent. There are people that continue to perform the crime and they have defenders cheering them on. Defending violators is permitting the crime to dominate our society. It is not what we want to see in our society, or who we want to be.