Skip to content
It was indeed a grand and colourful event as the 3rd edition of Nigeria Goodwill Ambassador Awards took centre stage at the prestigious Transcorp Hilton Abuja.

The company which is owned by popular Nollywood actress Tonto Dikeh’s husband Mr Olakunle Churchill,  is a an IT and Solution/ Total Security Company, that operates in over 10 industries across 3 different countries worldwide. 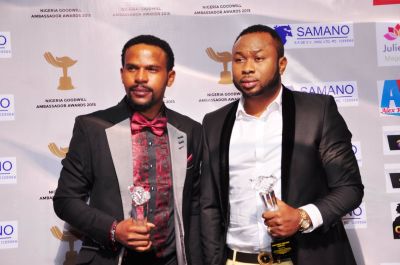 The CEO Mr Churchil who was recently given a title by an Igbo association in Abuja as Agu Ji Egbe ( A ‎Fearless and highly respected personality) dazzled on stage as he received his award from veteran Nollywood actor Segun Arinze. While acknowledging the award, he said” I humbled to have been honoured with this prestigious award tonight, this actually shows that the work of my company is appreciated by our clients and the Nigerian community... I dedicate this award to God Almighty, my family and my to ‎beautiful Wife”

Some of the interesting highlights of the award ceremony anchored by Joseph Benjamin of MTN Project Fame and Amb. Utchay Udims a United Nation Youth Ambassador was the performance by Kayswitch as the audience responded with overwhelming ovation.
Nigeria Goodwill Ambassador project which is headed by Amb. Chris Odey is‎ an award that honours and celebrates individual role models and organizations that have rendered selfless service to humanity and are contributing greatly to our social transformation. The brand is an affiliation of the United Nation. 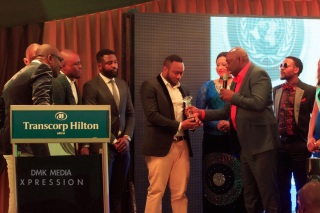