Over the last couple of weeks, so many people were left worried over the supposed stunt in a Nollywood movie that went awry. Clips went viral of how a young man was set on fire on a movie scene and so many people went to town with the gist that the guy was actually burnt to death in real life.

However, Ani Iyoho, the man who performed the stunt said it was just a movie and he wasn’t hurt in any way. In fact, the young actor said he felt just warm when he was set ablaze.

Talking about his experience while playing the role, Iyoho who has suddenly become a known face said this was the most challenging stunt he had played since he became an actor.

“This was not my first stunt though; my first was in 2007 when I had to jump from a storey building in a movie, ‘Chase’. I have done a martial art stunt as well, but this was the most challenging and daring so far.

“When I was set ablaze, it felt very warm. I was covered with a protective gear soaked in a protective gel. All I could feel was warmth. Being a stuntman, I knew better than to breathe-in during that process. I was very excited. We had done a test run to know what it would feel like.  It was like pouring warm water on oneself and it just kept getting hotter over time. During the test run, I  dipped my hand into a protective gel then sprinkled some fire accelerants on my hand and then set it on fire just to see how long I could hold on to it,” he said. 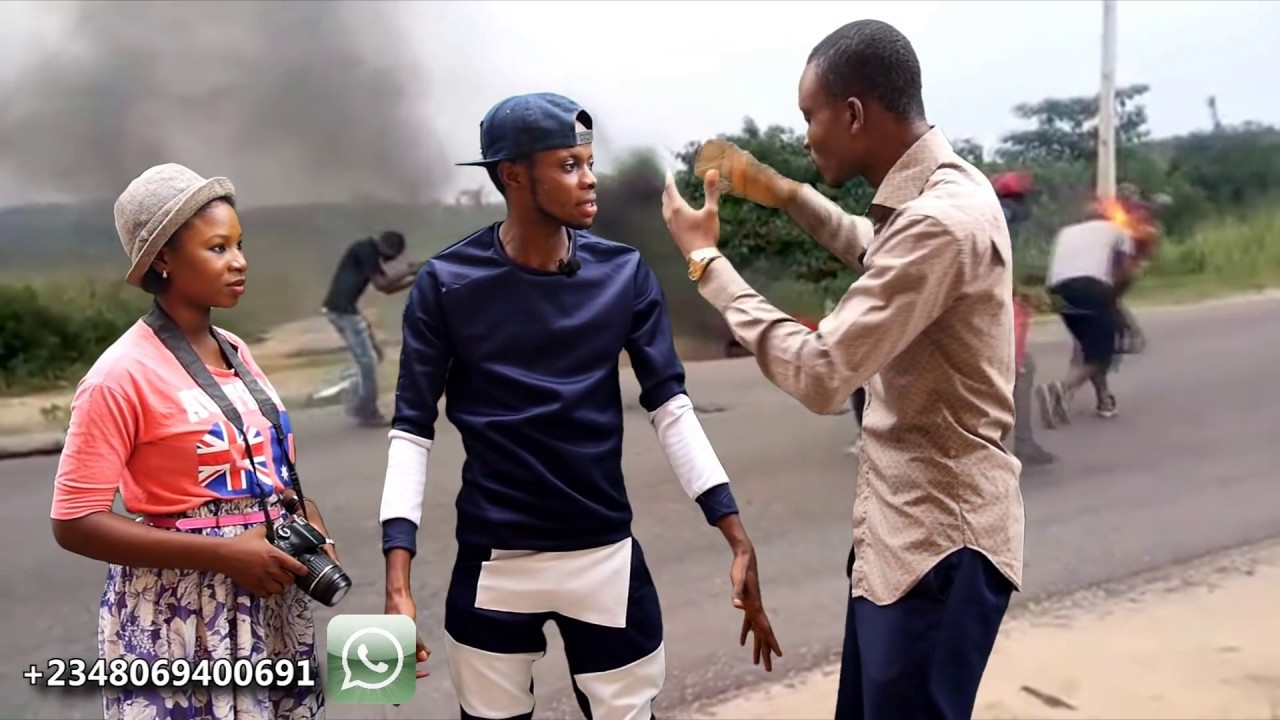 Iyoho confessed he took up such challenging roles once he got tired of acting “romantic roles.”

“To be frank, I stumbled on the role; I was just at the right place at the right time when I got the role in the movie. The part was not supposed to be mine. When I knew I was to do the fire scene, I was excited because I was already tired of acting in romantic dramas. We do the same thing over and over again. I needed something challenging. I wanted to do something new and this was something refreshing. The make-up artiste had assured me that what she would do for me would work and it took months before we shot that scene. We had actually shot the major part of the movie earlier in the year but recently did the fire scene. The make-up artiste did a lot of research with practitioners in Hollywood to get the job done. So I had a lot of faith in her.”

The actor said that ever since the false news of his demise broke, he has received overwhelming messages of love from people who didn’t even know him,” he said.

He said, “My faith in humanity has been restored. There are people that I do not know who sent me messages on my social media platforms praying for me. There were a few other comments of people thinking I was a part of the scam. But I was honoured to see the number of people who sent me good luck messages. I never knew I was this loved.”